Best Mixers to Pair with Rum for Easy Drinking

Best Mixers to Pair with Rum for Easy Drinking

Rum is usually perfect on its own but it also goes well with various mixers. Some mixers and rum have actually become famous drink orders themselves. So why not try a few classic combinations or even some new ways of drinking rum by adding a mixer to your next drink? 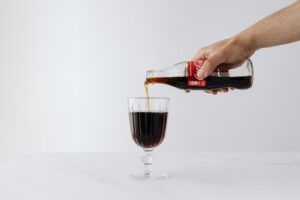 A rum and coke is ubiquitous in the bar scene. It is easy to see why, since this pairing is a match made in heaven. The citrus and the dark nutty notes of the cola pair well with the light fruity notes of a white rum. Just add a wedge of lime to the mix and make it a Cuba Libre. You can always swap out the white rum for a spiced rum to really bring out the peppery cinnamon flavors in the Coke.  Dark Rum also goes great with coke, as it enhances the molasses flavors of the rum. 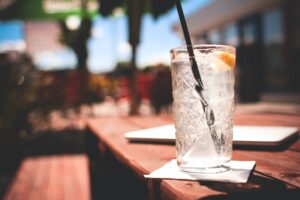 It might not sound too exciting to pair rum with club soda, but it is actually a surprisingly tasty combination. Club soda has a slightly saltier taste than regular seltzer due to the addition of minerals. The minerality of the club soda pairs stupendously with a nice white rum. Just as salt is used in cooking to bring forward other flavors, the club soda brings out more of the fruitiness of the rum. 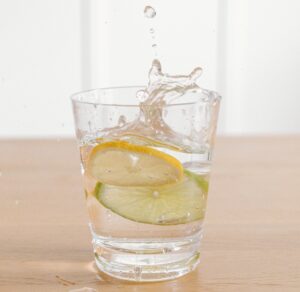 If you want a little more zest with your drink than club soda, add a little bit of flavored seltzer to your rum. Flavored seltzers have low to no calories and come in many assorted flavors. Enhance the rum by picking a seltzer with a complimentary flavor profile. Citrus flavors in particular, like grapefruit, lime and lemon, pair well with white rums. No matter which flavor is paired, the fizz of the carbonation will add some more excitement to the rum. 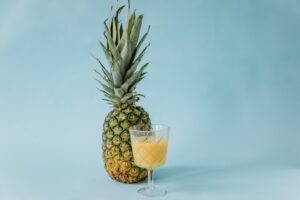 Many of the most famous and beloved tropical rum cocktails contain one special ingredient, pineapple juice. Cocktails like the pina colada, rum runner and the zombie all have pineapple juice as a main flavor component. It’s kind of a no-brainer since the acidic and sweet nature of the fruit juice brings out all the best tastes of the rum. Pineapple juice pairs perfectly with many styles of rum, from unaged to aged to spiced and anything in between, but it goes especially well with a funky Jamaican rum. 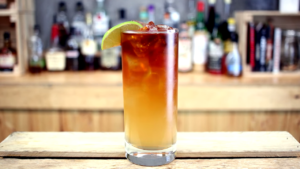 Ginger beer and rum go hand-in-hand, after rum and coke it is probably the next most iconic combo. The spicy tang of the ginger plays well off the sweet molasses notes of a dark rum. Just add a squeeze of lime to make the famous Dark ‘N’ Stormy drink. 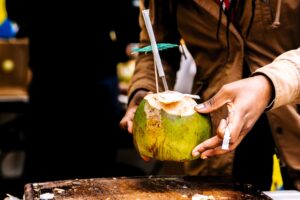 If you are craving a light and healthy option for enjoying rum, then coconut water may be one of the best options. Coconut water is packed full of electrolytes so, it might even help stave off an impending hangover. Coconut is often found in rum cocktails, usually as milk or cream, but coconut water has those same great nutty flavors while being much lighter and less sugary. Rum and Coconut water is a classic pairing in the Caribbean, where both are readily available and abundant. The coconut and rum complement one another and make an excellent, thirst-quenching drink. 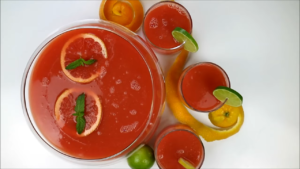 A rum punch is already a popular cocktail, but it can take some time to prepare. If you don’t want to go through the hassle of gathering ingredients, measuring them and mixing it all up, then a can of fruit punch might be the next best thing. This mixer is especially good for those with a sweet tooth. It is also great for adding an even more powerful punch of fruit flavor to any rum.