Pie is probably the most admired of desserts for the holidays, especially for Thanksgiving and the successive holidays. So, why not have your pie and drink it too? These boozy concoctions are made to taste just like the pies they are inspired by but help to save your already full stomach after all the feasting.  Here are the best pie cocktails for dessert during the holidays. 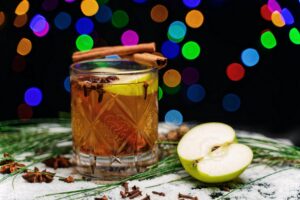 Apple pie might not have originated in the U.S. but it’s now synonymous with the country and is seen on many a table on Thanksgiving. It is perfect for the fall holiday and has all the flavors one looks for during this season.

Add the rum, cinnamon whiskey, amaretto liqueur and apple juice into a shaker filled with ice. Shake to combine then pour into a rock’s glass filled with ice. Garnish with a fan of apples and a cinnamon stick. 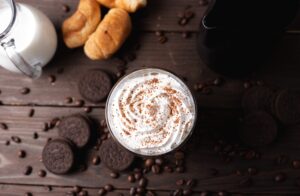 There aren’t many things more decadent than chocolate. A pie made with a chocolate mouse and a graham cracker crust is as indulgent as it gets for the holidays. The only way to make it even more sinfully delicious would be to add booze.

Add the rum and Baileys into a cocktail shaker with ice. Shake until chilled. Dip rim of glass into chocolate syrup then into crushed graham crackers. Next, drizzle more chocolate syrup inside the cocktail glass. Pour the drink into the glass and top with whip cream. 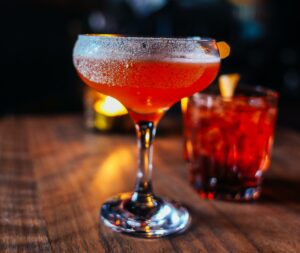 Fruit pie is a staple of holiday dinners, chief among them being cherry pie. Syrupy sweet and yet tart cherries and a buttery flaky crust are essential for a good pie. This pie can sometimes be underrated but this cocktail won’t be with its use of a special Portuguese cherry liqueur, Ginja, it will be the star of the dessert lineup.

Add the Ginja, spiced rum and amaretto liqueur into a shaker with ice. Shake until well chilled. Pour the drink into a chilled cocktail glass. Sprinkle a light dusting of cinnamon on top or place a cinnamon stick into the drink as garnish. 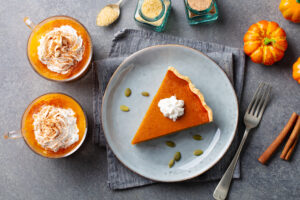 Is there anything that represents the holidays more than pumpkin pie? Pumpkin spiced flavored everything starts filling up grocery shelves as early as August now because people just can’t get enough of that deliciously spiced flavor. Get your fix of pumpkin spice with this alcoholic version of the original pie.

Add the rums, syrup and half and half into a cocktail shaker with ice. Shake until chilled. Strain the drink into a cocktail glass and top with whip cream and a dusting of cinnamon. The drink may separate slightly over an extended period of time.