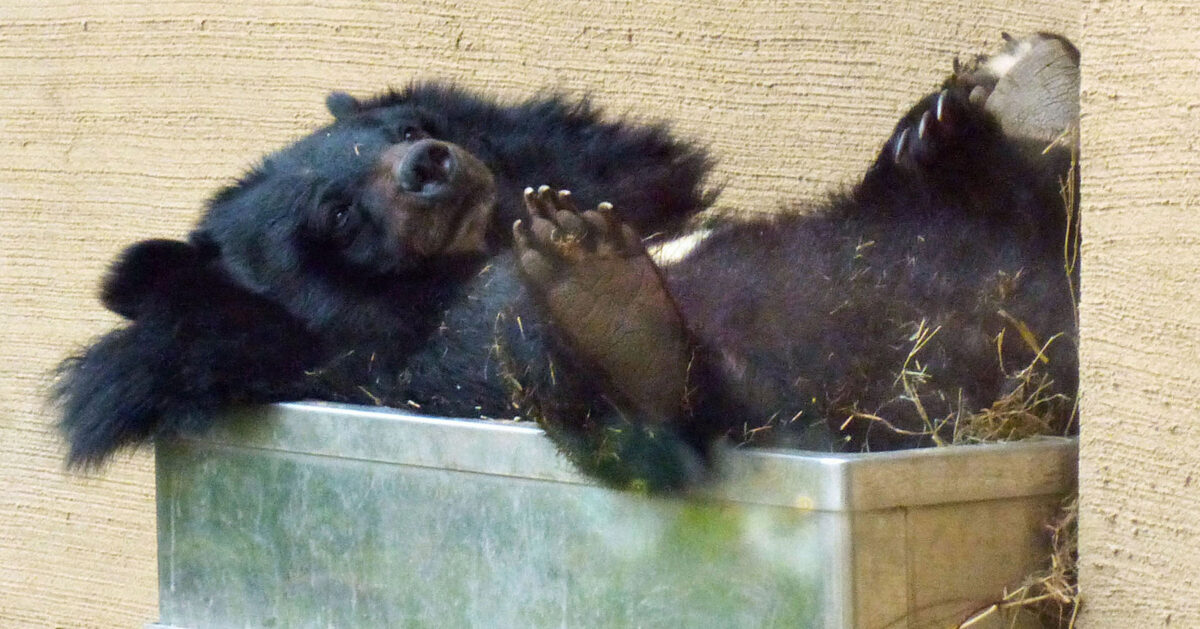 Ara is a traditional alcohol made in the Bhutan region. It can be made from a number of different ingredients including barley, rice and millet. It is consumed as a type of beer or made into a distilled spirit.

The bear was first seen around 2 a.m. when Ugyen Pelzom awoke due to an unusual noise. She looked outside through her window to see a bear in the store looking for food, as reported by Kuensel. Pelzom immediately informed forestry officials.

“It was busy feeding on leftover food and salt which I have kept for my neighbor’s cattle shed,” Pelzom said. When a forest official arrived the bear had already escaped into the nearby forest.

The following day, a group of forest officials returned to check the area for the bear burglar but the animal could not be located.

Then, the bear re-appears that night after officials had left. Pelzom said, “it was only around 8 or 9 p.m. then when it came again.”

A neighbor told Pelzom she should place more alcohol to make the bear drunk presumably so that it would stay in the location. The plan would have been to inform the forestry officials of its location. Apparently, this bear can really handle its booze because it drank the rum again and disappeared into the forest.

Officials are blaming poor food waste management for an increase in bear encounters in the town. “People must take care of food waste if wild animals’ were to be avoided,” an official said, according to Kuensel.

The Himalayan Black bear is a protected species since 1977. It is listed as a vulnerable species on the International Union for Conservation of Nature Red List of Threatened Species. The bear is known to roam the Himalayas from Bhutan to Pakistan in mountainous areas and jungles.

It was indicated that if the bear is caught it will be relocated to a safer area. So far there has been no word of the bear reappearing or being caught.

Animals being attracted to alcohol is not an uncommon occurrence. There have been many stories across the world of animals seeking out booze and even succumbing to side effects and appearing drunk. However, this is not healthy for animals as they do not have the proper enzymes to safely breakdown alcohol so it is best to keep alcohol safely stored away from wildlife.