Dark Rum vs Aged Rum: Is There a Difference?

Dark Rum vs Aged Rum: Is There a Difference?

No one place has the same rules or regulations for how rum is produced. This lack of unified governing combined with unclear specifications required for importation is why it’s so particularly diverse. However, it does make the world of rum hard to navigate because of the extreme diversity of varietals. It’s exciting to plunge into the world of rum and learn more about the ever-growing range of products being produced but clarity on the terms used can help consumers decide what they are looking for. Dark rum is just one of many titles for this varied spirit. One of the biggest areas of confusion surrounding rum is the use of the word ‘dark’ as both a descriptor and type of rum.

What is dark rum?

All rums are made from sugarcane or its byproducts, particularly molasses. There are distinct categories of rum depending, not only on the form of sugar it’s made from but its age and clarity levels. Essentially, the term dark is an all-encompassing word that only relates to the color of the rum being bottled. There are two main ways rum becomes darker, either with time in barrels or with additives.

Dark can be used to refer to rum that has been aged by noting the depth of color infused into the spirit from sitting in barrels for an extended amount of time. Aged rum does not have to be labeled dark and is often referred to as gold or amber rum by certain distilleries. One might assume darker color equates to longer aging but this isn’t always the case; there are no regulations to dictate that dark rum is older than, for example, gold rum. Another caveat for labeling a rum as aged is that it is also possible to have aged rums that are clear because they are filtered after aging to remove any color. This is sometimes referred to as aged white rum.

In contrast to aged rums, ‘dark rum’ as a label can also be used in reference to rum that gained its color by adding molasses or other additives after distillation. This addition can give the rum hues ranging from a rich sepia to inky black. With this in mind, there should not be an implication that rums with additives were not aged to some degree, a dark rum can be both aged and colored. The addition of coloring agents is common across all alcohols, either to keep consistency or make the product more appealing to the eye, but some regions regulate the use of these types of additives. Nevertheless, in most cases, there are no requirements for rum brands to differentiate between rum with additives versus aged rum. For patrons, this can cause some uncertainty as to what is being purchased.

Why Does Knowing the Difference Between Dark vs Aged Matter?

The different methods of making rum result in unique products which offer their own experiences. Therefore, dark rums, whether aged, colored or a combination of both, have their unique purposes. Typically, aged rum is better for sipping because the wood gives complexity and depth. Whereas, dark rums with the addition of, for example, molasses might be better suited for cocktails. The extreme diversity of rum means there is something for everyone and a main takeaway is that not all dark rums are the same and if a brand is not willing to tell you about their process you don’t have to buy their rum. 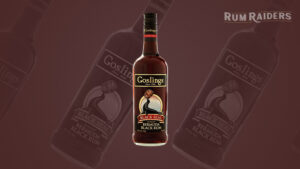 Gosling takes the idea of dark rum to the extreme with their Black Seal rum. This Bermuda rum was made for the classic cocktail, the Dark N’ Stormy. The black rum emphasizes the layer of rum atop the ginger beer creating a striking and iconic contrast. The additives in this rum make it sweeter, so it compliments the spiciness of ginger beer quite nicely. 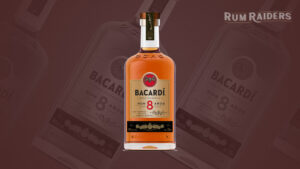 Bacardí Reserva Ocho is a gold rum that is aged for a minimum of 8 years. This Puerto Rican rum is very approachable and moderately priced making it a great introductory to aged rums. 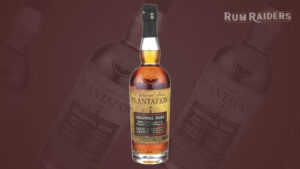 One of the biggest names in dark rum is Plantation. The Original Dark is aged and includes a ‘dosage’ which can make this on the sweet side for some people. The reviews for this one are mixed but this is likely one of the rums which has created the perception of dark rum.