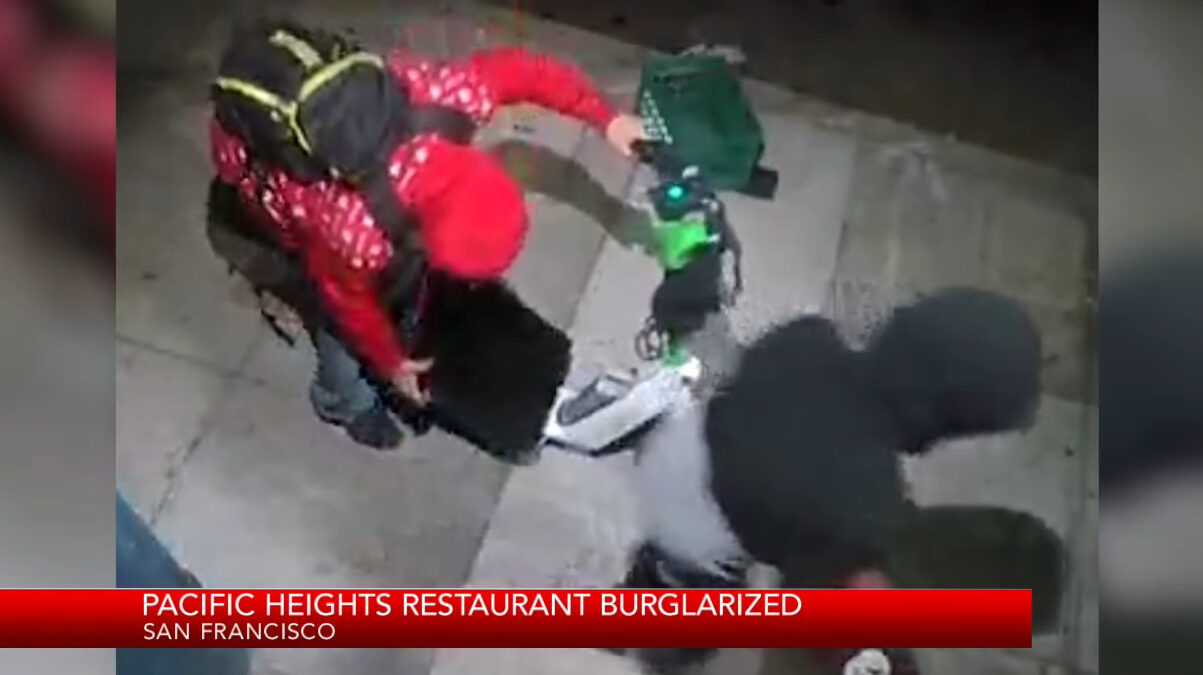 Earlier this month a restaurant in Lower Pacific Heights in San Francisco, California was burglarized using e-scooters and a rental bike. The owners reported losing thousands of dollars in equipment and premium liquor in the theft. The incident was caught on video by the restaurant’s surveillance cameras.

The burglary occurred early in the morning on Nov. 2. It appears two individuals pried open the back door of the Mediterranean restaurant Noosh. Once inside, the pair of alleged burglars break into the storage room and begin to grab alcohol from inside.

“I think anybody having a break-in and having things stolen from you and a violation of your space is not a pleasurable experience,” said Noosh owner John Litz in statements to KRON4.

The damage and the stolen items will cost thousands of dollars to replace says Litz. The burglars targeted handheld terminals and expensive bottles of liquor.

“They went for the good stuff,” Litz said according to KRON4. “Personally, it’s a sad state of affairs that people have to stoop to that level. You must be pretty desperate to run the risk of breaking in.”

The loss of the point-of-sales terminals prevented the business from opening for two days according to Litz.

Over the course of three hours, the individuals made several trips to and from the restaurant with the assistance of some e-scooters and a rental bike. It was reported that they may have also had a getaway vehicle located elsewhere.

Litz said, “fortunately nobody got hurt. We just got to keep on keeping on. Just gotta keep doing it. There’s no other alternative.”

Break-ins are something the neighborhood is aware of according to Litz.

Litz said to SFGATE, “It’s a sad realization to think there really isn’t a neighborhood in SF where small-business owners and larger retail stores are free of crime and vandalism.”

A report has been filed with the San Francisco Police Department, but no further updates are available.