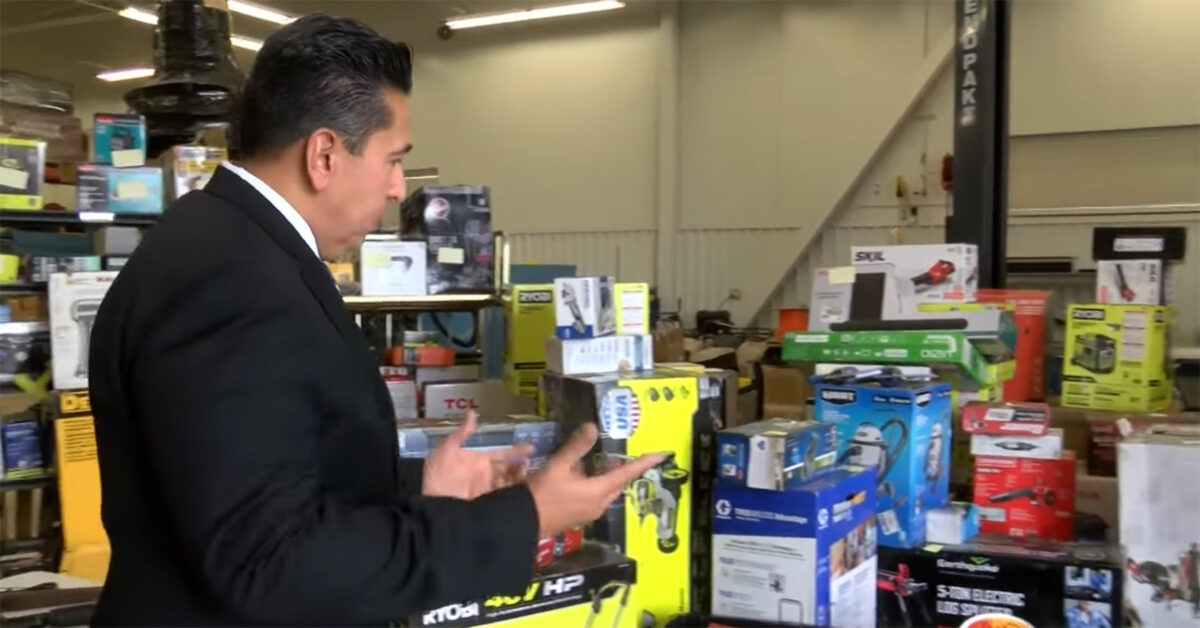 Federal Bureau of Investigation (FBI) agents found more than $100,000 worth of suspected stolen items as part of their continuing investigation of the Brew Town Locos street gang. The FBI’s Violent Gang Task Force raid occurred on Jan. 4 in Alburquerque, New Mexico. The seized items included at least 300 bottles of alcohol.

According to KRQE News, the FBI along with APD, Rio Rancho Police and BCSO executed search warrants at the home of Leonard John Lucero and four storage units off 2nd St. in Northwest Albuquerque.

Contained inside the four units at a North Valley self-storage business were over 300 bottles of high-end booze including suspected stolen rum, whiskey, gin, vodka, tequila and more among the stolen goods, reported the Albuquerque Journal.

In addition to the alcohol, the different items found ranged from high-end Dyson vacuum cleaners to large-screen televisions. Firearms were also seized with at least 50 weapons recovered.

FBI agents are now on the hunt for the owner of these storage units, 51-year-old Lucero. The FBI believes he is associated with the Brew Town Locos gang.

“We’re looking for him. We’re actively pursuing any leads that anyone might have related to his arrest,” said Raul Bujanda, a Special Agent in Charge of FBI Albuquerque.

“This is another success story by the Violent Gang Task Force,” FBI spokesman Frank Fisher said. “When it’s in the news, it’s usually for something big. This task force goes after the worst of the worst.”

The seizures this week came as part of a 3-year-old FBI investigation of the Brew Town Locos street gang.

As Good as Gold? BrewDog CEO Personally Pays out Over $500k After Gold Beer Can Promotion Fiasco