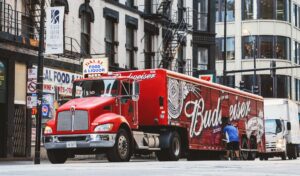 The ‘world’s largest brewer,’ Anheuser-Busch InBev will seek a $47 million price cut in its deal with FIFA to be the official beer supplier for the future 2026 World Cup. The games are set to be held in the US, Canada and Mexico.

Even though these games are four years away, FIFA appears to be receiving some backlash after a major reverse which saw Budweiser being banned from selling alcoholic beer within the stadium perimeter of this year’s World Cup.

Some speculated that the ban showed that FIFA had lost control of its tournament management. The pressure to change the policy relating to beer appeared to come from Qatar’s royal family.

AB InBev has a $75 million deal with FIFA for the World Cup in Qatar. It reportedly already has another deal which is around $112 million to be the official beer supplier in 2026. This gives Budweiser a monopoly on sales at the tournament.

The 2026 World Cup is set to be even bigger than this one. There are expected to be 104 games and the tournament is being held across three countries. This means there will be more nations competing in it and more places to sell beer.

The bigger tournament explains the price bump from 2022 to 2026. If Budweiser gets its way, it could mean a much larger profit margin for the beer titan.

The current stock of beer which was meant to be sold at the Qatar games is now being given away for free. Budweiser announced that the winning country of the 2022 World Cup will get the glory and a lot of free beer.

This is the first year the World Cup has been held in a conservative Muslim country. There have been many cultural differences that have placed a spotlight on Qatar. Alcohol has been one of the major ones. Although Qatar does not normally ban alcohol, its sales are very restricted to certain areas such as hotels.

FIFA may regret its decision to choose this country after the series of events that have taken place and the potential loss of millions of dollars.