These Sustainable Rum Distilleries Are Taking on Pollution

Going Green: How These Rum Distilleries Are Taking Aim at Pollution

Spirit distillation is a massive contributor to pollution. Rum, in particular, can affect the environment at every step of the process. It begins with crop choices and continues on, all the way down to packaging and distribution. However, there is hope for rum because some distilleries have decided that enough is enough and have created new initiatives to go green and create sustainable rum. 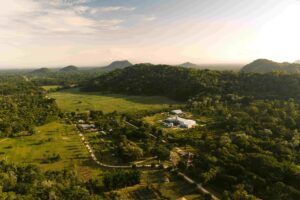 Copalli rum uses their own organic, non-GMO, heirloom sugar cane which is harvested from fields located adjacent to the distillery. The locality of the sugarcane farm reduces the need for transportation and lowers carbon emissions significantly.

Using their own sugarcane source also allows for the distillery to control the manner in which it is farmed. Some industrial farms are known to burn the sugarcane fields after harvest to enrich the soil for the next harvest. This method of soil reinvigoration produces tons of hazardous air pollutants. However, Copal Tree distillery has shifted to a greener approach; they cut away the leafy parts of sugar cane and use it to mulch fields to regenerate the land.

For more information on their sustainability program go here. 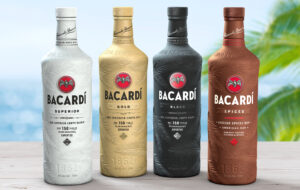 Bacardi rum has recently dedicated itself to being more sustainable. The distillery generates its own energy by using its natural waste products as a form of biogas. Supplying their own renewable energy source greatly reduces the companies carbon footprint and releases less pollutants into the atmosphere.

Distilleries are among the most polluting industries because alcohol fermentation usually results in the discharge of large quantities liquid waste. Bacardi has installed an ultraviolet ray filtration system to purify the wastewater from distillation. This makes the water clean enough to be reused and helps to reduce its water usage by up to 22,000 gallons daily. This also ensures that the wastewater isn’t polluting natural water ways.

Bacardi is also leading the way in reducing plastic pollution, by introducing a new bottles made from bio-degradable materials. The new 100% biodegradable bottle will replace 80 Million plastic bottles. Reducing about 3,000 tons of plastic previously produced by Bacardi every year.

Flor de Caña is carbon neutral certified, meaning they balance any emissions they create by removing more from the atmosphere. The company distills its rum with 100% renewable energy generated from biomass and recycles all CO2 emissions produced during fermentation.

The rum company is also planting in trees to neutralize their carbon-footprint. They have currently planted 750,000 trees in partnership with One Tree Planted. Their aim is to plant 1 million trees by 2025.

Visit their site for more information. 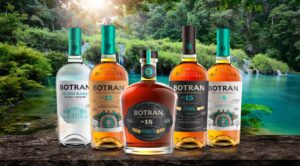 Botran has the honor of being the first fully accredited ISCC Plus (International Sustainability & Carbon Certification) rum distillery. This certifies that Botran is sustainable in all parts of the rum distillation process. From the farms they use, all the way to the bottling process or as Botran likes to say, “from crop to drop.” Botran rum has also received Carbon Neutral Certification from SGS in recognition of 1.8 million trees they have planted in Guatemala since 1977. Luckily enough Botran rum has reentered the U.S. market after a three-year hiatus, so there is an even greater selection of sustainable rums to choose from now.

These rum distilleries are proving that rum can be a very sustainable product and can even help to combat effects of pollution.