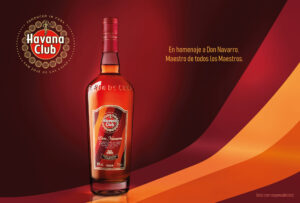 It has been two years since the loss of Don Navarro and this special edition rum was made by his former pupils to honor him. The rum was made in collaboration with all the current and aspiring Masters of Cuban Rum.

José Pablo Navarro received the title of first Rum Master in Cuba in 2000. This is the most prestigious award in the sector, in recognition of his experience, passion and devotion to perfecting the craftsmanship in the rum-making process.

According to Havana Club and Master of Cuban rum candidate Osmany Cardentey, Don Navarro is a soft, pleasant, very elegant rum and, at the same time, strong and fervent, “inspired 100 percent by the legacy of a great man,” for this reason, it was described as an awakening of genuine emotions for those who have had the opportunity to taste it.

The Cuban Havan club will have a small offering of the rum with a limited edition run of only 1,000 bottles each year.

According to News in America, Anne Martin, Global Marketing Director for Havana Club, said: “It’s an honor to pay tribute to the father of modern aged rum as we know and enjoy it today with an extraordinary offering from the Havana Club cellars. When we welcomed all the Maestros to our San José Distillery, we remembered Don Navarro who used to say that ‘Rum is not born from a magical combination. It is a cultural heritage that is transmitted from Maestro to Maestro, from heart to heart, from Cuban to Cuban.’”