Avast Ye, It’s National Talk Like a Pirate Day: Make Ye Self a Grog With These Pirate Themed Rums 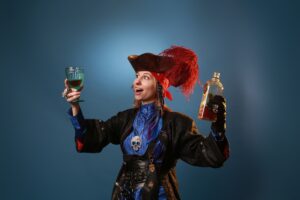 Ahoy me hearties, today is National Talk like a Pirate Day. So, break out the grog and sing a sea shanty to celebrate this strange but fun holiday or ye can walk the plank. Learn some facts about the holiday and how the pirates became known as rum’s biggest enthusiasts and some rums that fit the theme with this helpful guide.

The Origin of National Talk Like a Pirate Day

This unusual parodic holiday started in 1995. Talk Like a Pirate Day was formed by John Baur and Mark Summers in Albany, Oregon as an inside joke between friends, but the holiday gained fame after Bauer and Summers sent a letter about their made-up holiday to the American syndicated humor columnist Dave Barry back in 2002. Barry launched the holiday into fame by promoting it in his column. It is now celebrated nationally with people from all over, dressing and talking like a bunch of old sea dogs to commemorate legendary pirates of the past.

There has long been an association between Pirates and rum. From the real legends of the sea like the Pirate Drake who is often credited with the creation of the daiquiri, to Blackbeard checking the proof of his rum by mixing it with gunpowder to see if it would still ignite. For Pirates, rum was more than a delicious spirit, it was a way of life. Rum didn’t go bad during long sea voyages, unlike water. According to legend, rum was mixed with water and citrus juice to make a grog, the concoction is said to have both, fought off scurvy and made water safer to consume. Even today, we recognize the love pirates had for the spirit with the famous rum-lover Jack Sparrow in Pirates of the Caribbean appearing on the silver screen.

Here are some rums that a Pirate can claim as booty:

The iconic Captain Morgan rum brand started in 1984. It was named after a Welsh privateer from the 17th century. The logo is all you need to see to know that this rum is fit for a true seadog. The rum distillery takes its name from a famous Florida folk tale about the Pirate José Gaspar. The pirate was nicknamed Gasparilla and tales of his exploits are popular myths to south Floridians. The bottle depicts the ships of yore and relieves the sense of longing for the sea. Any old salt could get a bit squiffy off of this fine dram. 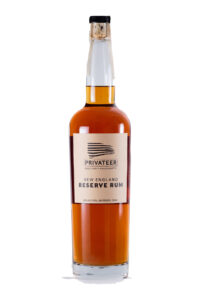 Privateers are the lawful neutral pirates of the sea. These pirates had papers allowing them to plunder in the name of the King. The founder of the distillery’s ancestor was a merchant, rum distiller, and successful American privateer during the American Revolution. Privateer makes high-quality rum with high-quality ingredients. Many rum enthusiasts seek out their products, especially special releases. This rum was made for the pirate in all of us. Two pirate-loving enthusiasts created this brand in honor of the scallywags of the past. Their story weaves an impossible tale around two adventuring British friends traveling to the New World and finding this incredible grog. They keep the humor with the tale of the distiller by calling him ‘The Dutch Pirate,’ Robert J. van der Weg. You might show a bit of grog blossom after consuming this kill-devil.

Don’t be like Jack Sparrow and have to ask yourself why the rum is gone, enjoy the day the pirate way, with copious amounts of rum.