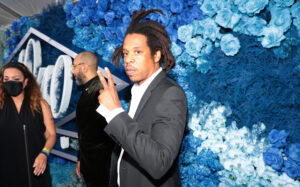 There are always two sides to every story. Jay-Z and Bacardi have a 50/50 partnership with the cognac brand D’Ussé. The billionaire and the liquor giant have been partners since 2012. Barcardi’s response to the lawsuit initiated by Jay-Z provides new details about this ongoing discord.

About two weeks ago, the story broke that Jay-Z’s company, SC Liquor, was suing Bacardi to access all books and records along with the location of all the warehouses storing barrels, bottles, and accessories for D’Ussé.

A few days after this initial report, TMZ gained access to documents indicating SC Liquor exercised its right to a buyout about a year ago.

As reported by TMZ, Jay-Z wants a judge to force Bacardi to provide all records relating to D’Ussé.

Now, Bacardi is claiming Jay-Z is trying to double the brand’s value, according to TMZ.

According to TMZ, Empire Investments said, “[Jay-Z] abruptly reneged on its agreement and doubled its demanded valuation.”

It is currently unclear how much Jay-Z was originally offered or how much he is currently alleged to be demanding. However, there is likely a large sum of money involved in this deal because the value of liquor brands can reach into the billions.

Empire Investments has also said documents were already provided, about 800 pages worth. Any further documentation would involve Bacardi data which is separate from D’Ussé.

At this time, Jay-Z and SC Liquor have not responded to these new comments from Bacardi and Empire Investments.

A hearing is scheduled for tomorrow in New York City.