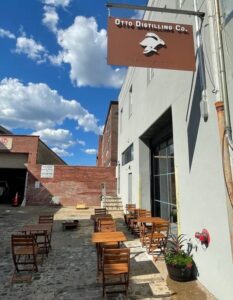 Philadelphia has got a new rum distillery; Otto Distilling Co. opened its doors last month. Tim Haas has finally launched the distillery after two years of planning and permits. It is located in South Philly near 17th and McKean.

The rum distillery offers tours and has a small tasting room that offers free samples as well as a private cobblestone courtyard with cornhole for patrons to use while sipping on a selection of rums. Due to the space regulations of the tasting room, the distillery cannot offer cocktails. This doesn’t mean you can’t enjoy your rum with a little mixer though as the distillery has cleverly devised a way for customers to have mixed drinks while still following regulations.

Beneath the bar top, is a cooler filled with cold beer and mixers like soda and juice. When a customer buys a drink from the cooler, they are given a 1.5-ounce pour of a rum of their choice to go with their selected mixer. The fun part for some patrons is that they can mix their drink in a classic red Solo cup that is available across from the bar along with crushed ice.

Currently on offer at Otto Distilling Co. is a selection of 3 rums and a vodka. According to their site, the distillery uses the highest quality sugarcane to produce their rums. All of the spirits were made in a custom copper still that Haas had imported from Germany. 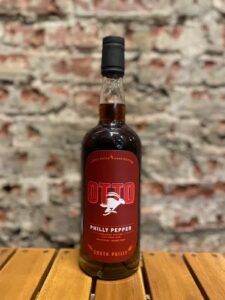 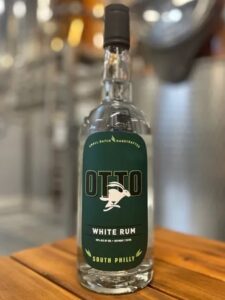 The flavored rums, Philly Pepper, which is a cinnamon pepper spiced rum, and the plum flavored rum are infused via alcohol vapor during the distillation process as opposed to other infusion methods like steeping.

According to The Philidelphia Inquirer, Haas left a career in finance to pursue distilling. He became keen on rum after a trip to Cuba, where he witnessed people savoring the spirit neat. He recalled himself thinking, “Wow, this is just as good as any bourbon.”

Plans for an expansion of the rum selection are in the works, as Hass plans to barrel-age some in the future. Keep a lookout for his next edition, which will be a coffee-infused rum.

All rum lovers can rejoice that more rum distilleries are opening up across the world, so fill up your Solo cup and have a party!