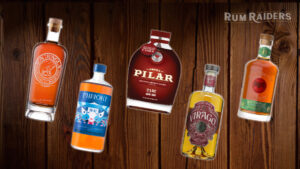 Cask finished rums can be rare because rum, unlike whiskey doesn’t often go through a secondary maturation or cask finishing. However, it is becoming more popular to age rum for a second shorter period of time in a wet cask to pick up more flavor notes. There are now a number of great rums that have unique cask finishes.

Here are some rums with unique cask finishes: 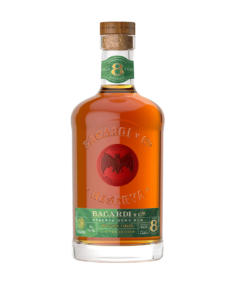 This limited-edition rum is the second release as part of Bacardi’s Reserva Ocho Cask Finish Series. The last iteration was a sherry cask finish and this year is a rye cask. The rum is aged between 8 and 12 years in American oak barrels. It is then finished for two months in rye whiskey casks. This expression has hints of smokiness and rye spiciness due to the combination of maturation techniques.

Minoki is a Japanese rum brand that uses a blend of Japanese and Pacific rums. Minoki in English means Ocean Princess which is an ode to the Japanese people’s origin legend. The casks are made from Japanese Oak which in Japanese is called Mizunara. This rum is also coral-filtered and donates money to protect and restore coral reefs. The rum is light-bodied with tastes of wood with a slight saltiness on the finish. 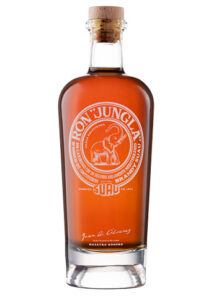 Bodegas Suau is a Spanish winery located on the island of Majorcan (Mallorca). One of its main products is brandies which are solera aged. Ron Jungla is a throwback to the brand’s origins as rum distillers in Cuba. This rum is made in the Dominican Republic where it is aged for 10 years. It is then transported to Majorca where it is aged for an additional year in brandy casks. The aging methods provide complementary flavors to the rum with notes of dried fruits and figs. The Key West, Florida distillery, Papa’s Pilar Distillery takes its name from combining Hemingway’s nickname, Papa, and the name of his beloved boat, the Pilar. This rum takes the Papa’s Pilar 24 Solera Dark Rum and then further ages it in Spanish Oloroso Sherry casks. The taste is on the sweeter side and has notes of brown sugar and vanilla with a hint of citrus. The Ruby Port Cask Finish was the first in a series of cask-finished products from Virago. This rum is said to be a reinterpretation of Virago flagship Four-Port Rum. The four ports references the blend of four rums from Barbados, Jamaica, Nicaragua and Panama. The blend includes rums aged between 4 and 8 years. The rum spends an undisclosed number of months in freshly-emptied casks of ruby port from the famous Douro Valley wine region in Portugal. The flavor of port comes through with notes of dried fruits and is complemented by some funk and tannins.