Video Shows ‘Drunk’ Woman Climbing Into Zoo’s Lion Enclosure: ‘We Really Hope That Doctors Will Save Her Hand’ -

Video Shows ‘Drunk’ Woman Climbing Into Zoo’s Lion Enclosure: ‘We Really Hope That Doctors Will Save Her Hand’ 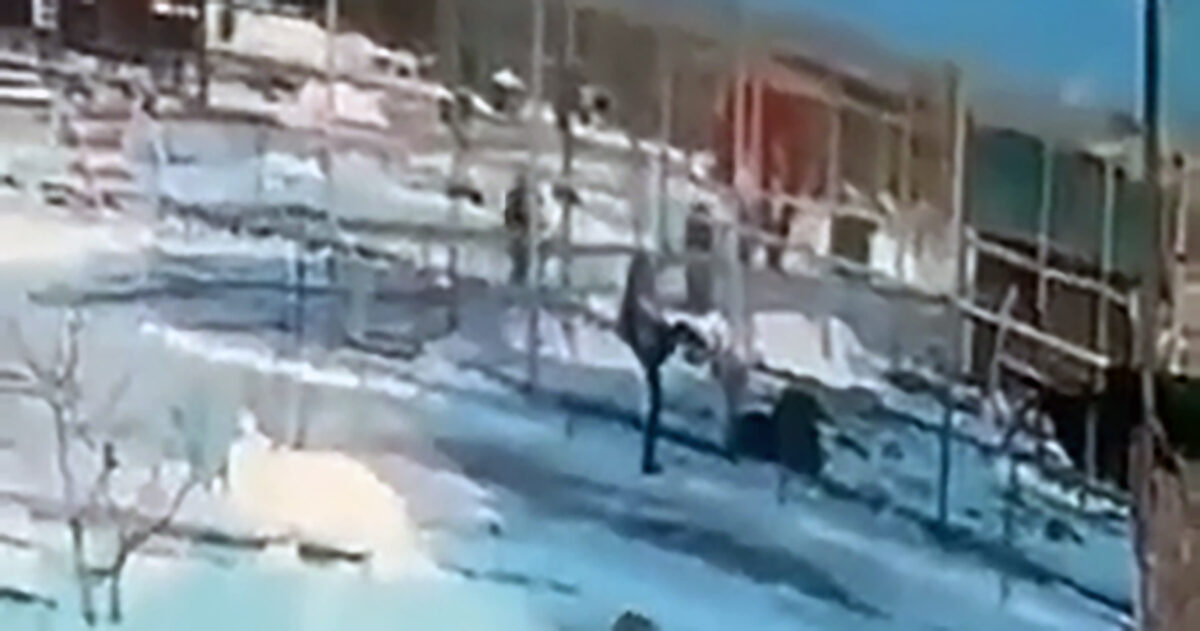 A reportedly drunk woman was caught on video climbing into a lion enclosure at the Ussuriysk Zoo in Russia. The video was posted to Twitter yesterday evening.

In the Ussuriysk Zoo, a drunk woman climbed into a lion enclosure

Most likely, her arm will be amputated. pic.twitter.com/U1uJHe80Wz

In the video, the woman can be seen walking straight up to where the lion is lying down in the snow covered landscape. She immediately throws her leg over the barrier fence and then falls to the other side. This places her right next to the lion that heads directly for her.

Several people who were walking nearby instantly run to her aid. The incident occurred in a matter of seconds and the damage to her hand was already done. Doctors will need to try to repair the hand or it may need to be amputated.

In statements obtained by Daily Mail, the zoo said the woman was “in a state of intoxication” and “provoked a lion and he injured her hand.”

Prior to the incident, the zoo staff expelled the woman presumably for intoxication and drunken behavior. It appears that she managed to slip away after expulsion.

“At some point, the woman was left alone and went to the cage with our lion Aristo,” said the statement.

When she began to climb the fence the statement indicates that “at that moment, our employees ran to her screaming, but the woman did not stop.

“Unfortunately, she was very close to the enclosure and the predator grabbed her hand,” the statement continued.

The staff reportedly pulled the woman away from the enclosure and administered first aid.

‘We immediately called an ambulance,” said the zoo. “Now the woman is in hospital and we really hope that doctors will save her hand.”

Luckily there were two fences separating the woman from the enclosure, which may have saved her life as the lion was most likely acting on instinct.

The zoo encourages visitors to not come to the zoo intoxicated to prevent incidents like this.

“Please do not visit places, even seemingly absolutely safe, under the influence of alcohol,” said the statement.

The zoo stated there will be a criminal investigation into the incident. Currently, there has been no statement as to the health of the lion.