Rum With a Cause: Visiting Clutch Distilling in Houston, Texas

Rum With a Cause: Visiting Clutch Distilling in Houston, Texas 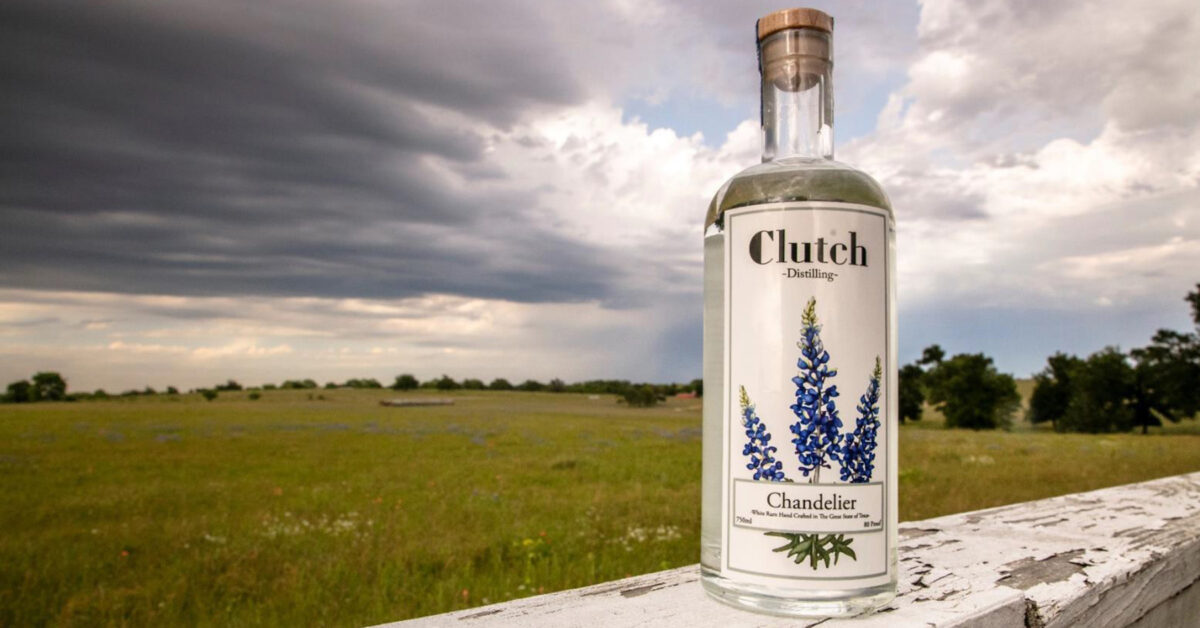 The quest for local flavor takes me to Houston, Texas to a relatively new distillery making unique rums. In the Greater Heights neighborhood of north Houston, in a corner building just down the street from a great little tropical bar, Lei Low and residing next to a gym and tire shop is Clutch Distilling.

The white stone building conceals Eric Worrell’s distillery and cocktail bar inside it which he opened in 2020. The tour is $15 and a tour around the facilities, a molasses tasting and samples of the rum.

The Story and Tour

As part of the tour, Worrell explains that his dad was originally from Barbados and rum has always been in his family. The influence of Barbados can be tasted in the housemade Falerum that was only available at the distillery.

Even though rum was a part of Worrell’s life growing up, he didn’t really get a passion for distilling until he started traveling.

“I saw how much fun everyone else was having. The Cayman Islands distillery was one of my favorite distilleries to go to. It’s just like six guys and this giant warehouse and they’re just in there drinking and having fun all day long supplying rum to the entire island,” said Worrell.

Worrell remembers thinking, “This is a job? I want to do this too.” A dream was born.

For Worrell, it wasn’t until 2019 that rum started to emerge as a career but it was not under the happiest circumstances.

“It wasn’t until 2019 when my fiance went to the hospital. That’s when I decided to take my passion project and my ideas and actually started putting them down and turn this into a business to help pay for hospital bills,” Worrell explained.

In a heartbreaking origin story, Worrell’s fiance was in the hospital for four months before she passed away. She had been diagnosed with Lupus which is an incurable autoimmune disease.

Worrell tries to use his platform as a business owner to help raise awareness for this disease as well as help raise money for the Lupus Foundation.

“My mission is if I can’t make her life better then I want to do my best to make someone else’s life better,” said Worrell. “Rum business, yes, charity business, this is me trying to do some good with the skills that I do have.”

Worrell’s skill and passion were obvious at every stage of his rum production process from the use of quality raw sugar and food-grade blackstrap molasses to his careful pulling of specific flavors during distillation.

“I normally do two runs every weekend and with each run, I separate out flavors to make our different products,” Worrell said. 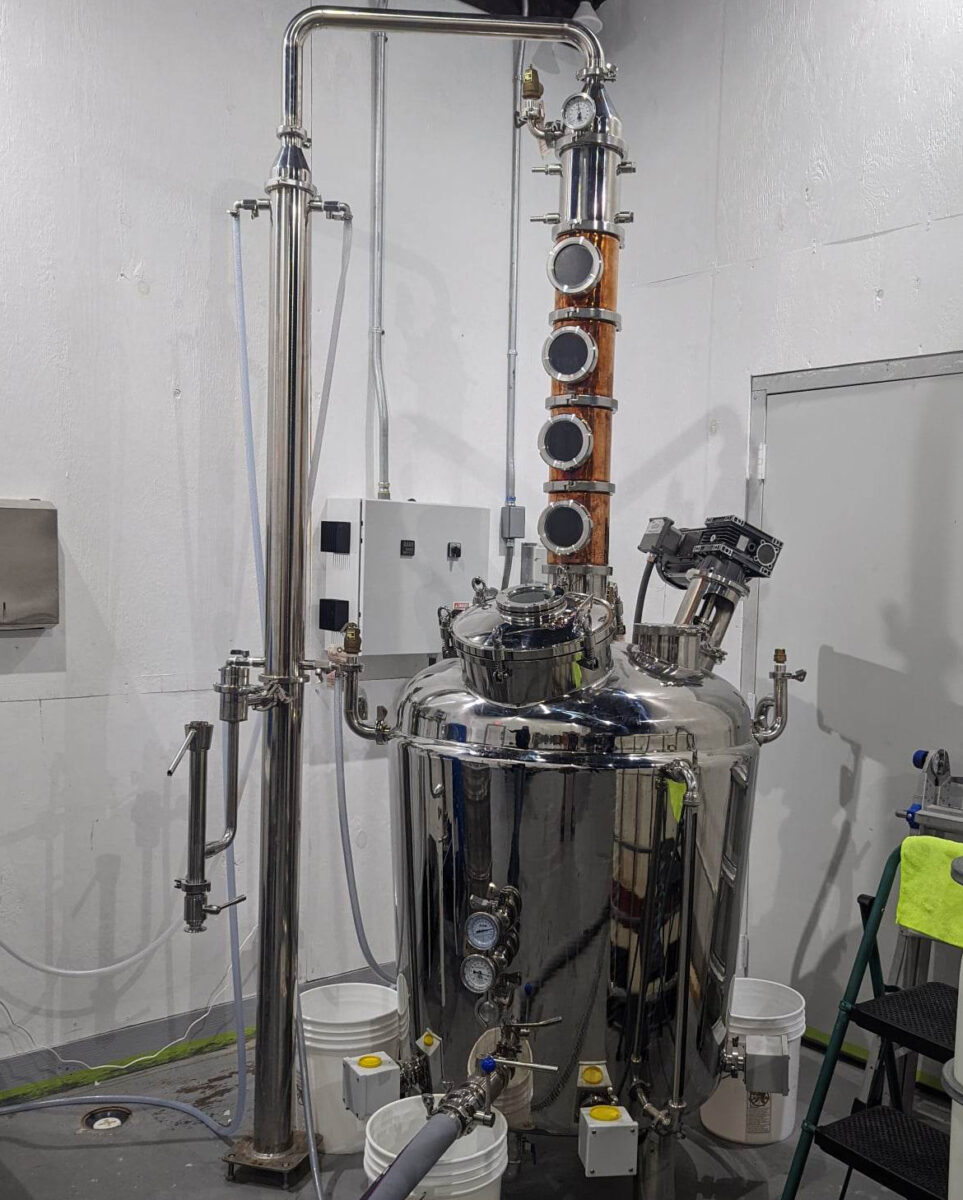 One of the products Clutch makes is its spiced rum, which uses whole, natural spices that are soaked for about one week to create its signature recipe. It is also how their coffee rum is made using coffee from a local roaster and similar to cold brewing, the flavor seeps into the rum.

The results are unique products specific to Clutch and Worrell is still experimenting and growing his line of rums. He hinted that there will have aged rum in the near future and may even start expanding into whiskey.

The tour takes you through a rum distillery at its beginnings. This smaller distillery though shows potential with room to grow. For Worrell, the goal is to expand eventually. 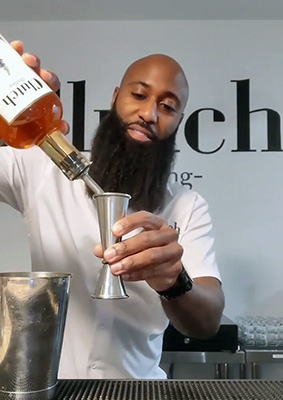 Clutch Distilling, also has event space and a cocktail bar. The bar has cocktails that are inventive with unique flavor combinations like “Rum fashioned” which uses spiced rum and falernum or their “The Gold Rose” which uses spice rum with fig reduction and rose water. This menu also changes based on the season and the inspiration of the mixologist. 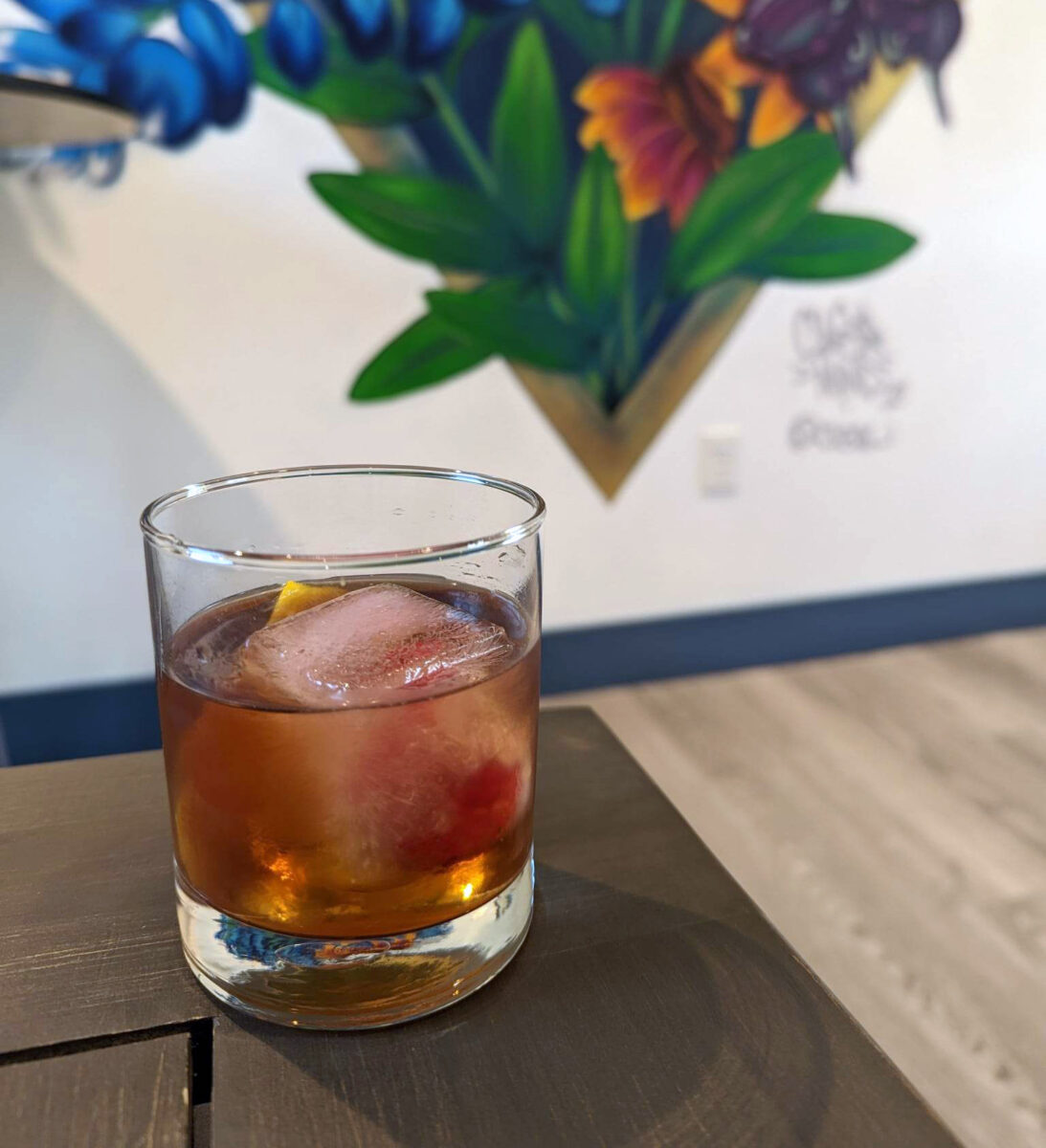 The staff was extremely friendly and very passionate about the cocktails made in the distillery’s own bar. It is a smaller more intimate distillery tour experience than many popular distilleries but Clutch Distilling packs a lot into a humble package and is well worth a visit if in Texas. 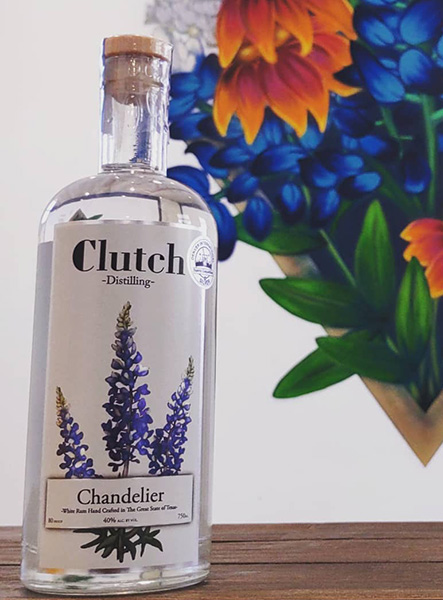 This unaged rum’s name, Chandelier, comes from Worrell’s first still that came in a box labeled chandelier. The aroma contains fruity esters with notes of papaya and guava coming through. There is also a sugar cane funk and a slight caramelized smell.  The guava returns on the palate and is joined by a whisper of toffee. The finish is slightly peppery and quick. Though the Chandelier rum is made from molasses, it is much more evocative of a sweet rhum agricole or a Haitian clairin. It is very unique and is wholeheartedly a personal expression of the distiller. 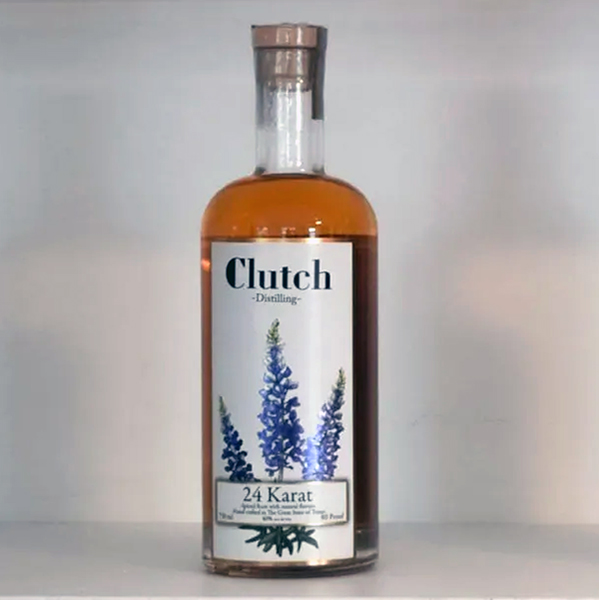 The golden hue of this spiced rum gives away where its name comes from. On the nose, the 24 Karat rum has scents of anise and liquorice, complemented by nutmeg and cinnamon. It is anise forward on the taste and finishes sweet but not syrupy. This is another unique offering that is unlike most spiced rums. It does not have the taste of being sweetened and the use of such strong anise is quite uncommon but not unwelcomed.  It may seem reminiscent of absinthe in profile but has the robustness of rum in the background and none of the astringent qualities. 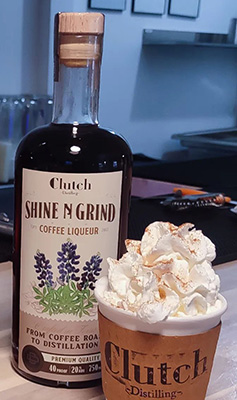 The coffee beans for this rum are sourced and roasted by Houston’s own Three Keyes Coffee company. The rum is then essentially cold brewed. The coffee sings in the rum and it is incredibly smooth and easy to drink almost like drinking freshly brewed filter coffee.

Overall, Clutch is a fantastic young distillery. It is something the city of Houston can be proud to share as one of its must visit destinations.

If you would like to join the fight with Clutch and support lupus research please visit the distillery’s website here.

Privateer: The Massachusetts Distillery Putting American Rum on the Map