What is Solera Rum?

Under the massive umbrella of rum, one style that you may come across is solera. Solera rum refers to the solera method of aging or ‘Sistema Solera’. This style is of Spanish origin which, in essence, is a type of blending. Traditionally, the process involves having multiple barrels – sometimes in a stack – ranging from very old to very young. As the oldest barrel of rum is depleted, the next oldest replenishes it, and so on, with the youngest being a new distillate. This is thought to infuse the younger rums with the flavors of the older ones, thereby keeping the blend consistent and continuing in perpetuity.

The solera system is also used by many sherry and balsamic vinegar makers. It can be thought of similarly to sourdough bread because each time a part of the starter is used, it is replaced with fresh dough, thus extending the original starter and its flavor.

Solera rums receive some criticism because labels are often misleading. There is confusion over the actual age of the product because the oldest age on the label is not necessarily representative of what is in the bottle. The whiskey industry has taught consumers to equate age to value. However, blended whiskey is regulated to have the youngest spirit on the label. Some regions, like Barbados and Jamaica, also have this requirement for rum but this isn’t necessarily required for every other region which produces rum; of which there are many.

When buying a solera aged rum it is worth knowing that the big number of the label is likely representative of the oldest rum within the blend, rather than all the rum having been aged for the same amount of time. Regardless, if you like the product and the price, then enjoy.

Here are a few solera rums to try. 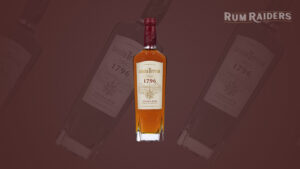 The Venezuelan rum, Santa Teresa 1796, is the flagship release. It incorporates rums ranging in age from 4 to 35 years but doesn’t provide a specific age statement. This is a rich rum with sweet notes of honey and dried fruit complemented by tobacco and smokiness. 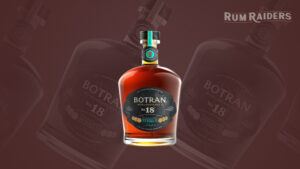 Previously known as Botran Solera 1893 18 year. The brand relaunched in the U.S. in August 2022 after a three-year hiatus. The new name is Botran No. 18 which is aged for up to 18 years. This Guatemalan rum is on the sweeter side, balanced with notes of smokiness and leather.