Rhum Agricole and Rum, What is the Difference?

What Is the Difference Between Rhum Agricole and Rum? 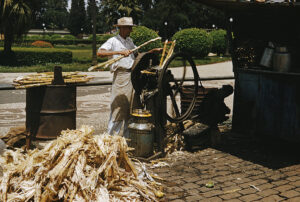 When diving into a global spirit like rum, there can be a lot of confusion about what makes rhum, rum. Unlike whiskey (or whisky), which is often made from barley, wheat, rye, corn or a mixture of these, rum is made from sugarcane. The main ingredient for many rums is molasses, which is a sweet, dark, sticky substance and one of the byproducts of refining sugar. The molasses can give this spirit a sweet, yet complex taste with caramel, fruity, woody and sometimes funky notes.  However, it depends on the style of rum you are drinking. Basic rum styles include white, gold, dark and spiced.

What Is Rhum Agricole?

Rhum agricole is a style of rum often associated with the French Caribbean islands. When translated from French it simply means “agricultural rum”.  The main characteristic of this style of rum is that it is made from freshly pressed sugarcane juice, rather than molasses. This imparts a more grassy and vegetal taste to the rum.

Some rhum agricole have appellation d’origine contrôlée (AOC), or controlled designation of origin like the AOC Martinique Rhum Agricole. An AOC label is a certification of authenticity granted by the French Government and means particular rules are in place including the region and methods of production are restricted. Rhum agricole itself is not a protected label. This means any distiller can make rum from sugarcane juice and label it as a rhum agricole.

The advantage of making classic rum is that the sugarcane provides two profitable products: refined sugar and rum made from molasses. With rhum agricole, on the other hand, the only product is the rum itself. The popularity of this style of rum grew as markets changed and the sugar refining industries of certain regions collapsed like in the case of the Caribbean island of Martinique, France, allowing rhum agricole to find its place.

It is also worth mentioning cachaça, which is another sugarcane-based spirit and the national drink of Brazil. In a basic sense, cachaça and rhum agricole are very similar. They both are made from sugarcane juice, rather than molasses. Cachaça came before rhum agricole, which is likely partially the reason France created a designation for its rum. Often, cachaça won’t be aged and can be enjoyed in a refreshing caipirinha.

Each rum comes with its unique regional characteristics, including the raw materials used in its recipes, the method of distillation and the degree to which it is aged. This means there are a diversity of sugarcane spirits to explore.

Best Rums and Rhum Agricole to Start Your Journey 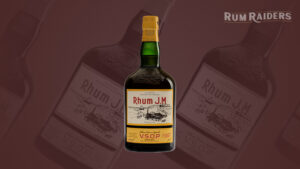 On the island of Martinique, the epicenter of the rhum agricole industry resides Rhum J.M. The brand even lays claim to being an originator of this style of rum. Rhum J.M.’s  V.S.O.P. is aged for 3 years in new American oak and then rested in both ex-Bourbon and French oak barrels for another year. Expect tastes of exotic fruits with hints of lavender and cinnamon. This is a great introduction to the rhum agricole style and has an AOC designation.

Learn more about the brand here. 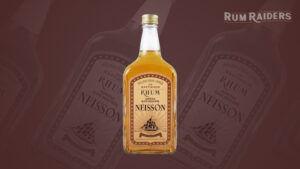 Neisson Rhum is another Martinique-based distillery. The Eleve Sous Bois, which translates to “raised in the woods,” is aged for 18 months in large French oak vats providing a woody essence to the spirit. The fresh sugar cane juice is further enhanced by rich tropical citrus aromas with notes of vanilla.

Take a look at our house review here.