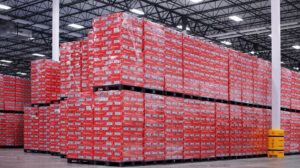 This past Saturday, Budweiser made an announcement on Twitter. The country of the winning team of the FIFA World Cup will get a warehouse full of free beer made available after the alcohol ban.

The day before Budweiser’s announcement, FIFA released a statement saying, “following discussions between host country authorities and FIFA” the sale of beer from the World Cup stadium perimeters will be banned. The statement came only two days before the start of the games.

While Bud Zero is still being sold, AB InBev was expected to sell more beer in the four weeks of the tournament than in an entire year within this region. The company even had beer on standby in the UK to be shipped on short notice if the potential sales were underestimated.

The absence of beer wasn’t lost on some fans. The first day of the World Cup saw Ecuador and Qatar go against each other. The Ecuador fans could be heard chanting, “¡Queremos cerveza!” or in English, “We want beer!” but alas there was no alcoholic beer to be had.

New Day, New Tweet. Winning Country gets the Buds. Who will get them? pic.twitter.com/Vv2YFxIZa1

Many of the comments on Twitter were not very impressed with Budweiser’s announcement. One read, “sell them and give the money to the families of the migrant workers who died building the spaces you planned to advertise on.”

The Qatar World Cup has had many controversies with alcohol only being one part of the story. The UK-based craft beer giant BrewDog called out FIFA saying in a Tweet, “we love football, we just don’t love corruption, abuse and death.”

BrewDog announced they would be donating the sales of its Lost Lager beer (sold in the UK) to charities that fight for human rights. The company cited reports that 6,500 workers died building the stadium which is one of the reasons it decided to give away profits from its beer sales.

It is unclear exactly how Budweiser plans on distributing its beer to an entire country for free. However, as one of the largest beer companies in the world, it is likely to have many tools at its disposal.