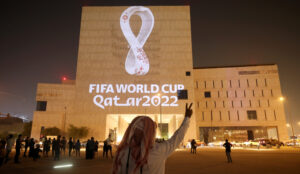 The FIFA World Cup is almost here and Budweiser as the tournament’s official beer has gone to great lengths to ensure the brand can maximize sales. This is difficult in Qatar since the country has strict alcohol laws. Budweiser is set to make more sales in Qatar during the four weeks of the World Cup than it would in an entire year.

At one time the World Cup organizers in Qatar were considering banning alcohol. However, they decided against this and instead set up fanzones where individuals can purchase Budweiser beer inside the stadium perimeter.

Qatar bans alcohol advertising in its country which has limited Budweiser’s ability to market its products. The brand has restricted explicit mentions of Budweiser and Budweiser Zero to “stadiums in the outer concourse and where it’s licensed to be able to be sold, in restaurants across the city,” according to Bloomberg’s statements from Budweiser’s vice president of global marketing, Todd Allen.

One of the biggest challenges is getting enough beer and people to serve it at the Qatar stadium.

“Beer is a perishable product, so it’s always best the day it’s packed,” AB InBev’s chief supply officer Peter Kraemer told Bloomberg. “We manage our supply chain very closely for the amount of time that it takes for products to get from point A to point B, and then also the conditions under which they’re shipped preserve the taste of the beer.”

Budweiser beer is said to be on standby in the UK to be shipped by air on short notice if the team at AB InBev underestimated potential sales.

The company is also attempting to train as many as 6,000 city workers to serve Budweiser beer properly and responsibly.

While Budweiser is eagerly sponsoring the 2022 World Cup, other beer companies have taken a different stand. BrewDog has deemed itself an anti-sponsor due to Qatar’s political controversies. Read more about the controversy here.